Sunday Stills :: All the Cats I've Loved Before

There have been many a cat in my 37 year history here on earth. My parents are cat people, so thankfully i grew up with a cat or two since i was a wee babe, barely able to pull on a kitty's tail. These days, we have 3 special cats in our life. Although most who visit here will already know here, let me formally introduce ya... This is Sadie. Sweet lil tabby kitters with a 90 degree kink in her tail who loves nuzzling your face at the drop of a hat when you call "Sadie, kisses". She's been part of the family now for 7 years. She was Moose's birthday present back then...he walked into the kitten cage and from her spot on a shelf above him, she kept pawing a him. Melted his heart, poor chap. He didn't even have a chance to resist. We adopted her with her brother, who turned out to be a real bully, so we had to return him. Thankfully he came from a no-kill shelter, but i bet after him, the lady running the place thought serious about deleting that return offer from her contract. :) Cookie was almost two when we picked up Sadie. She had just learned to walk real decent and was talking up a storm by then. As we were leaving to get the kitties, i shot a video of Cookie talking about naming the kitties. She wanted three and their names where to be "Chicken,'Tatoes, and Sandwich." Thus began her love of naming pets after food. :) Rosie has been a real hoot. We picked her up from King County's Barn Cats -R- Us program in February. Although they said she was feral, we are having a bit of success in taming her with tuna fish and leftover salmon. We've set her up in a greenhouse and she usually sleeps on our porch. When she hears you outside, she starts running, mewing the whole way till she's a comfortable distance from you. Once she joins you on walkabout, she's purring the whole time and doing somersaults at your feet. :) I've touched her talk a hand full of times, which in and of itself is a kitty miracle. A huge blessing in Rosie's personality is her gentleness with the birds. This whole time, i've only seen her attack the ducks once. They deserved it though, because they were harassing her something awful. Here's a video of her usual interactions with Feathered Friends with a Death Wish.


Stoney :: Brotherus From Another Motherus Stoney is my folk's cat, given the name of the boy they never had. By that reasoning, as my father says, he is my brother. :) He is a hoot and a half, starting with they fact that he weighs at least as much as a bowling ball. Especially nifty when he decides to jump in your lap. :) They resuced him from their local shelter as well, and have been spoiling him rotten since. Case in point, if you don't pay him enough attention, he'll keep pawing at your leg until you do. One of Stoney's favourite things is to pal around with my dad. When my dad is outside watching trains, Stoney goes with him. Have you ever heard of a cat who likes watching trains? Here's proof: And when dad is talking a nap in the hammock, Stoney's right there with him. He also is the first cat we've had that can win a whuppin' contest with a dog 5 times bigger than he is.
But the feline who will forever have my heart is my buddy, Beamer, named because his pedegree title contained the initials BMW. :) Beamer was destined to be a show cat, before the unfortunate business of that forever protruding tongue came about. My grandmother was a cat breeder and show woman, and above all a cat lover (with some 20+ long haired cats to care for at one point in her life--bless her heart), so she decided to keep Beamer, in hopes that someday he'd live with me. The Beamster and i had many a fine times travelling the Northwest. He lived with my folks while i was away at college, but once i was out on my own, we'd enjoy our trips back and forth to my folks place before i met Moose, when i was polishing up my "Old Spinster and her Cat" routine. Beamer could smell Idaho. The minute we got within the city limits of my folks town, he'd start crooning--meow, meow, MEOOOOOWWW! And he loved car rides. He'd spend the whole drive in my lap, which was quite an entertaining sight for other motorists waiting at a red light, as you can imagine. Then, when we'd get on the backroads to my folks house, i'd roll down the window so he could hang his head (and tongue) out like a dog. Couldn't wait to get inside the house for a big ol' belly rub from "Grandma". :) He's a once-in-a-lifetime kinda cat and is missed very much!!
Wanna get your fill of kitterses? Go to Sunday Stills to find more.
Posted by Unknown at 11:29 AM

Thanks for taking the time to read my silly lil musings. Hope you have a wonderful day!
~Whit

Cookie will be making an entry on the blog soon....i can wait to see what kind of hilarity she will provide us!

Won't You Join Us Too?

What To Do When Mad Men Isn't On

Less Of Me Totals

Only One to a Customer

This bright new day - complete with 24 hours of opportunities, choices and attitudes.

A perfectly matched set of 1440 minutes. This unique gift, this one day, cannot be changed, replaced or refunded.

Handle it with care. Make the most of it.

There is only one to a customer. 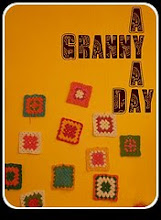 Visit These Neat Individuals Too!!